If you suffer from the effects of fibromyalgia, relief might be right in your neighborhood: noninvasive, drug-free, and easy to put into practice.

My Struggle with Fibromyalgia

I used to suffer horribly from fibromyalgia. At one point, it was so bad that I was even hospitalized. I had horrible pain, screaming pain, throughout my body, especially in my legs. I even spiked a high temperature.

The doctors, unsure what I had, put me in an isolated room. Anyone who visited me — including doctors and nurses — had to wear a gown and mask. Eventually, the doctor concluded that it was acute fibromyalgia.

A few years later, I decided to try hypnotherapy in order to let go of some past trauma and drama in my life. I liked it so much, that I eventually became a hypnotherapist. I also had a surprise benefit: my attacks of fibromyalgia pain decreased significantly. I had never even thought about putting the two together.

Until I read an article describing emotional components of fibromyalgia by psychologist Jeanette Raymond. The article provided me with a big “Aha” moment. 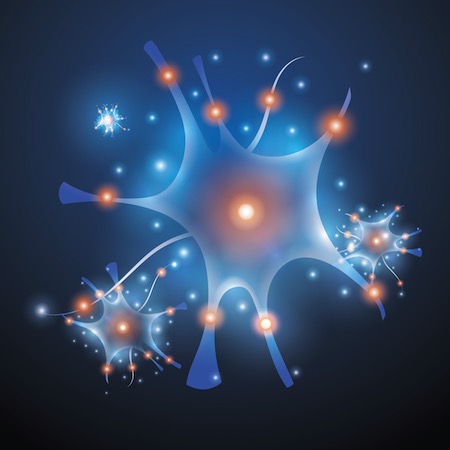 Like Raymond’s patient’s, my fibromyalgia was connected to childhood trauma and memories and my unprocessed negative emotions around so much more in life. During my hypnosis, I released a lot of pain, anger, and frustration and, as a result, now basically have no feeling around these past issues. Of course, I remember them, but they don’t have the same emotional kick they had before.

According to this article — and it makes perfect sense to me — by releasing all this emotional stuff inside, I also allowed my body to heal. Sure, I have been a life coach for years and know all the positive language and verbiage to use to bring myself up — but none of that ever released my old anger from childhood.

Like most women, I stuffed my anger. Since woman aren’t encouraged to yell, scream, and vocalize their anger — and children rarely are allowed to do so — it gets stuffed into our bodies.

As the article says, “According to a report in the 2008 Journal of Psychosomatic Research, it is the lack of processing of negative emotions that precipitates the cycle of pain in fibromyalgic sufferers irrespective of the amount or duration of positive thoughts.” The unresolved stress, frustration, and memories weaken the neuroendocrine system, which makes things worse.

So, how does hypnotherapy for fibromyalgia help?

A hypnotherapist who does age regression and forgiveness work (such as the work I do), helps you go into those past memories and resolve the issues. Basically, the adult “you” talks to the younger “you,” and empowers the younger “you” to have a voice.

During the forgiveness work, the younger “you” can scream her or his rage and release it in a way that is therapeutic and satisfactory. Usually, this is done in a Gestalt-type of scenario. This release of old anger allows the mind and thus the body to heal.

If you suffer from fibromyalgia, talk to me about releasing your past trauma to get fibromyalgia relief.